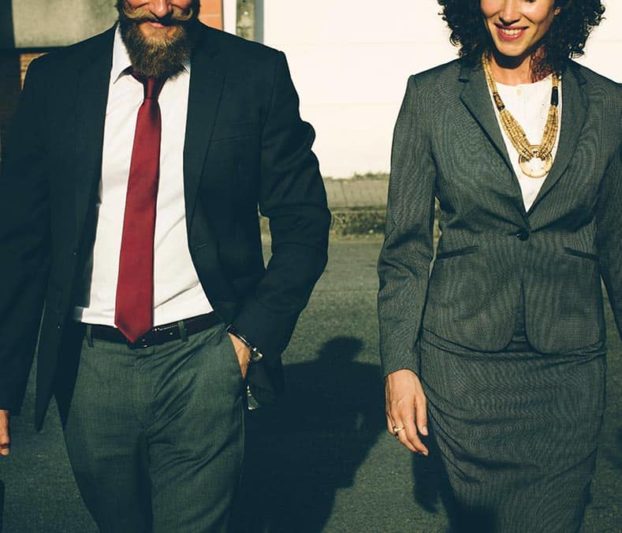 “In investing, what is comfortable is rarely profitable.”
– Robert Arnott

Strong economic data came through during August, though much of the developed world appears to be at or just past the peak rate of growth, with August’s purchasing managers’ indices (PMIs) moderating. The global reopening continued, with a number of developed markets further lifting restrictions. Inflation concerns, supply-chain constraints, labour shortages and the spread of the coronavirus Delta variant were not enough to keep the markets down.

Global equities delivered total returns of +2.5% in August, bucking the traditional trend that it is one of the worst-performing months for stocks. Growth stocks benefitted from continued low US yields to post total returns of +3.3%, helping the S&P 500 to deliver returns of +3.0% over August. The technology-heavy Nasdaq added +4.0% MoM and the Dow Jones rose by +1.2% MoM. Emerging market equities initially stalled due to the combination of a tougher stance from Chinese regulators and increased virus concerns, but later rebounded to deliver +2.6% over the month. Global bonds fell by -0.4% with investment grade credit spreads widening and sovereign yields rising moderately.

On the virus front, the Delta variant continued to spread and daily cases have picked up across the globe. In Europe and the UK, the vaccination programmes have meant that hospitalisations have not risen anywhere near as fast as during the last wave. In the US, hospitalisations have increased more sharply, raising some concerns that the link between infections and hospitalisations has not been as effectively broken there due to lower vaccination take-up. Data out of the UK and Israel also suggests that antibody protection from the vaccines diminishes after six months, although protection against severe disease and hospitalisation still remains high. Consequently, a number of countries have announced booster programmes to deliver third doses to their populations. Reopening should continue, with the impact of the Delta variant likely to be more evident in ongoing supply chain disruptions rather than a return to economic shutdowns in the developed world.

The Federal Reserve Chairman Jerome Powell’s Jackson Hole speech was well received by the markets. Bond investors exhibited some nervousness ahead of the meeting, at the prospect of an announcement on asset purchase tapering. However, the Fed’s comments were perceived as dovish overall. The Fed is content with the progress made on inflation, which it still believes will be transitory, and expects the labour market to reach the bar for tapering shortly. Powell also emphasised that the timeline for tapering is separate to that for rate increases. All eyes will now turn to the September meeting of the Federal Open Market Committee for more news on tapering and the release of the committee’s latest rate forecasts. Powell also re-emphasised the importance of long-term 2% inflation growth.

August economic data pointed to an economy that is still running hot, despite being past the peak rate of growth. Concerns around inflationary pressures continued to build. August’s US headline consumer price index (CPI) came in at 5.4% year over year, remaining at decade highs. The labour market went from strength to strength. The July jobs report added 943,000 jobs and saw wages rise by +0.4% month over month. This suggests that while headline inflation may begin to ease as transitory factors start to fade, underlying longer-term wage pressures are continuing to build.

The UK finally lifted the last domestic Covid-19 restrictions in August. Those who are fully vaccinated no longer have to isolate if they come into contact with someone who tests positive for Covid-19, and the remaining restrictions on activity have been lifted. Daily coronavirus cases, which fell at the beginning of the month, have risen steadily through the latter half of August, but for the moment hospitalisations have remained stable as the vaccines reduce the numbers requiring treatment.

The strength of the domestic reopening helped propel the FTSE All Share to deliver total returns of +2.7% over August. UK employment data was also strong, with the economy adding 95,000 jobs in June. The proportion of the workforce on the furlough scheme, which is due to end in September, remained steady at around 7% but with job vacancies at record highs, it seems likely that the scheme should be able to wind down successfully, which may help alleviate some of the labour constraints the economy is currently facing.

August was a quiet month for continental Europe with the European Parliament in recess and no announcements from the European Central Bank. Having started its reopening later, Europe is slightly behind the US and the UK on the road to normalisation.

European equities gained in August, supported by a positive second quarter earnings season and ongoing economic recovery from the pandemic. Germany’s DAX advanced by +1.9% MoM, while in the eurozone’s second-biggest economy, France’s CAC Index ended August +1.0% higher. The Delta variant of Covid-19 continued to spread, but most large eurozone countries have now vaccinated around 70% of their population against the virus.

Emerging market equities were largely driven by events in China. The Chinese regulatory changes continued through August with a widening number of industries and sectors impacted. Hong Kong’s Hang Seng Index slid by only -0.3% MoM. Emerging market equities initially declined -4.5% before rebounding towards the month end. While volatility may continue as a result of further Chinese regulatory efforts, this should not deter long-term investors. China has also had to grapple with the arrival of the Delta variant. It has responded with its proven strategy of mass testing and mobility controls, which thus far appear to have contained the outbreak.

The energy sector fell mid-month in the wake of concerns ranging from China’s economy, Covid-19 and the tapering of Federal Reserve stimulus. WTI crude oil saw a monthly decline of -7.1%, the biggest loss since October 2020 as Hurricane Ida caused energy supply disruptions. For August, Copper fell by -3% and gold finished flat for the month after recovering losses experienced in early August.

During August, South Africa’s FTSE JSE All Share Index retreated by -1.7%. Resources fell -6.1% and industrials dropped by -5.2%, while financials gained +12.4% and property rose +7.4%. Prosus and Naspers were weighed down by ongoing regulatory tightening in China. In late August, China said it will limit online gaming by minors to three hours per week. With its 28.9% stake, Prosus is the biggest shareholder of Chinese gaming and internet group, Tencent. During August, investors were also given the opportunity to exchange Naspers shares for those of Prosus in the latest attempt by management to narrow the discount the companies trade at relative to the value of their underlying investments. This corporate action helped Prosus (-2.7%) outperform Naspers (-12.1%) in August. SA government bond yields initially followed global yields higher, but drifted lower to close the month largely unchanged as inflation data came in below expectations, lowering the probability that the SA Reserve Bank will hike rates imminently.

Second quarter employment data came out worse than expected, with the unemployment rate setting another record high of 34.4%. The rand was marginally stronger against the US dollar in August (+0.6% MoM), which added to the woes of the largest locally listed companies that primarily derive revenue outside South Africa in hard currencies.

Cabinet approved the decision to leave the country on adjusted Level 3 of lockdown restrictions, despite a decrease in the number of daily COVID-19 cases. Registration and vaccination for 18- to 34-year-olds opened on 20 August. According to the Department of Health 12.6 million vaccines have been administered as at the end of August.

The global reopening has continued, although a number of countries who led the initial reopening are now seeing the rates of their recoveries decelerate. The Delta variant continues to pose a risk to the global outlook, but for developed economies this is more likely to be in the form of supply constraints than further lockdowns. While uncertainty has increased, it is unlikely to derail the recovery. August’s economic data seemed to confirm that the easiest part of the reopening is now behind us, so while room for further upside in risk assets remains, greater selectivity is likely to be key moving forward.