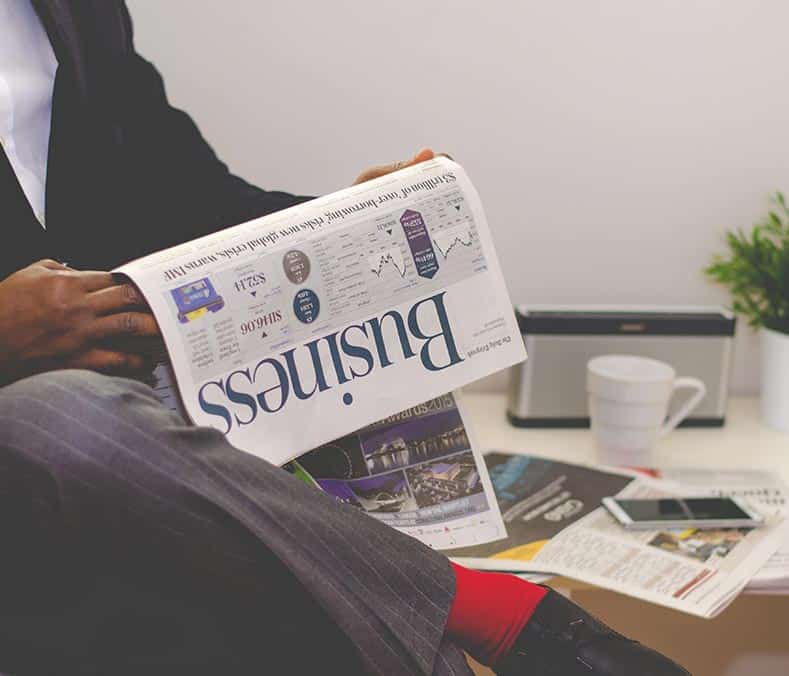 2018 has started off on a positive note for South Africa. If you had bet a year ago that in February 2018 that Zuma would no longer be the president, you would have got pretty good odds. However, here we are; Zuma is OUT & Mr Ramaphosa is IN!

This should prove to be an interesting year, to say the least. With a new cabinet at the helm, we can expect great things for the most part. We all expected some of the cabinet members to be sent to the guillotine and to our surprise, certain members didn’t make it there. This however is not to say that they will not make it there at some point in the near future. With the decision to institute a review of the configuration‚ the number and the size of national government departments, we may very well see further drastic changes to the cabinet. President Ramaphosa said himself: “at 35 ministries‚ each with a deputy minister‚ ours is one of the most bloated governments in the world. We have already done the homework on this. It is entirely possible to cut our executive down to 15 ministries‚ with spending priorities that promote economic growth and job creation. This would save us around R4.7bn each year.”

Dr Theuns Eloff of the FW de Klerk Foundation summed up the Cabinet reshuffle in an article on the The Intelligence Bulletin titled “Political Watch – To understand Ramaphoria, watch the process” as follows, “Since his narrow victory and election as president of the ANC, Cyril Ramaphosa has had to consolidate his power base cautiously and slowly.

He has had to walk the tightrope of fighting corruption and state capture and providing good governance on the one hand and building unity and striving for reconciliation within the ANC, on the other. In politics, compromise is part and parcel of what any leader faces. The Cabinet appointed yesterday carries the hallmark of this dilemma.

The good news is that he got rid of the worst of the Zumaites: Bongo, Brown, Mahlobo, Maswanganyi, Mbalula, Mkhize, Muthambi, Nhleko, Van Rooyen and Zwane. In this way, he “cleansed” strategic (especially economically-related) portfolios and replaced them with able, experienced and loyal ANC leaders. The bad news is that he was forced to compromise and keep some “Zumaites” in the Cabinet, mainly in less strategic and economically unrelated portfolios. This applies to Malusi Gigaba (Home Affairs), Nomvula Mokonyane (Communications), Ayanda Dlodlo (Public Service and Administration) and perhaps most disappointingly Bathabile Dlamini (The Presidency, Women).

The appointment of David Mabuza as Deputy President is surely also a compromise, as is the appointment of Dr Nkosazana Dlamini-Zuma as Minister of Planning, Monitoring and Evaluation in the office of the Presidency. Perhaps the adage that you should keep your friends close and enemies closer comes to mind.”

So what has happened since the president reshuffled the cabinet? The rand hit a 3 year high at R11.52 to the US dollar on the eve of the announcement. At the time of writing (2018/03/06), the rand is R11.76 to the greenback. According to a recent Bloomberg, traders are starting to adapt to what they say may be the new normal for the currency.

The cost of hedging the currency has dropped to the lowest it has been in 10 years and long rand futures contracts now outnumber short rand futures contracts by over 400%. What’s more, the combined daily average inflows into the stock and bond market is up from 216 million last year to 916 million in 2018. This is a clear indication of positive sentiment around the stability of the country. Long may it continue.

So let us take a look at some of the major changes to the government and discuss the resulting potential impacts – be they good or bad – on our country.
Pravin Gordhan has taken over as Minister of Public Enterprises from Lynne Brown whom he criticised in November of last year stating that “her only answers to credible accusations of state capture in SOEs were lies, lies, lies”. This revelation has been welcomed by unions and businesses alike. This should see the end of an era of mismanaged finances and corruption within State Owner Enterprises (SOEs). To plug all the leaks and replace all the bad apples will be a big task and it will take some time. Will we see the wholesale privatisation of SOEs? Doubtful, however we may see some form of minority stake privatisation in the likes of SAA and Eskom.

Nhlanhla Nene has been appointed Minister of Finance once again replacing Malusi Gigaba. This also was well welcomed by the private sector. This change does miraculously fix everything because Minister Nene has stated that stabilising the country’s finances would be a tall order but he is quite confident that it can be done. ETM Macro Advisors’ Russell Lamberti agreed stating that “a strong trifecta can develop between Nene, Gordhan and Ramaphosa to restore confidence to SOEs and the fiscal trajectory. The final piece of the puzzle would be reforming SARS.”

Gwede Mantashe took over as Minister of Mineral Resources which has been warmly welcomed by both the National Union of Mineworkers. They said that “Comrade Gwede Mantashe comes from the mining industry and was the General Secretary of the NUM. He knows the mining industry very well and we are hopeful that he will make some changes,” while the Chamber of Mines were also positive, stating that “Mantashe is a man of integrity and dignity who brings with him a sound and fundamental knowledge of the industry.” Minister Mantashe has set the deadline for the new Mining Charter for June this year.

He said “This must be finalised quickly because you can’t keep workers in this state for too long.” Naledi Pandor has taken over the position of Minister Higher Education and Training. This is a good fit given her background as a former teacher. This should see some positive change in a department that has been severely lacking good leadership. Minister Pandor is also known for her
criticism of some ANC politicians’ lavish lifestyles. This is yet another aid in the fight against corruption.

Overall the changes in the cabinet look to be promising. Unfortunately not all Zuma loyalists have been removed but it is expected that the remaining Zumaites will most likely be cycled out after the 2019 elections.

America’s GDP grew at an annualized rate of 2.6% in the second quarter of the year in relation to 1.2% in the previous quarter. In ation is lower at 1.6% and the unemployment rate fell to 4.3%, its lowest level since March 2001. The economy added 209,000 jobs in July, helped by a wave of hiring in the hospitality sector.

President Donald Trump tweeted “Excellent jobs number just released – and I have only just begun”, as he also hailed the $1.6 billion investment by Toyota and Mazda to build a car plant in the US creating 4,000 jobs. In mid-July, this year, the FED revised the federal fund rates and have hiked the rates up by 25bps from 1% to 1.25%.

After the general election and the Brexit negotiations began, the services and manufacturing PMI’s dipped in June and consumers grew uneasy in response to the political instability.

The governor of the Bank of England warned that uncertainty over Brexit is already weighing on the economy, as the Bank cut its growth forecasts for this year from 1.9% to 1.7%, citing a slowdown in business investment. The jobless rate has been reduced to 4.5%, which is the lowest it has been since 1975.

In ation has decreased slightly from a year high of 2.9% in May to 2.6% in June. Whilst the Bank of England decided to maintain the current bank rate at 0.25%.

The economy expanded 6.9% annually in Q2, matching the result in Q1, showing good stimulus ahead of their Communist Party Elective Conference in October. This has been achieved in spite of a reduction in the exports and not reaching the expected level of local consumption.

The unemployment rate in the country has not changed signi cantly since the last quarter. It moved from 3.97% to 3.95% within this period. The interest rate has been preserved at a level of 4.35% as the in ation has risen slightly to 1.5% in June.

The euro crept up 9%, even though there have been concerns over a European Union breakup followed by a victory in the French elections.

The growth rate has persisted, with Spain contributing the most, as the level of unemployment dropped to 9.1% in June. In ation has remained unchanged from the previous month, at 1.3% and monetary policy remains unchanged with interest rates at effectively 0%.

South Africa is out of tune with the rest of the world. What has gone wrong here is politics undermining con dence depressing both Business and Consumer con dence. This downward trend in con dence has caused a slowdown in momentum.

The unemployment rate has climbed from 26.5% to 27.7% quarter on the quarter. The current in ation rate is sitting at a 5.1%. Since the in ation rate is within the acceptable range, the South Africa is out of tune with the rest of the world. What has gone wrong here is politics undermining con dence depressing both Business and Consumer con dence. This downward trend in con dence has caused a slowdown in momentum.

The unemployment rate has climbed from 26.5% to 27.7% quarter on the quarter. The current in ation rate is sitting at a 5.1%. Since the in ation rate is within the acceptable range, the SARB announced a 25bps reduction in the repo rate to 6.75%.

The next 6 months outlook revolves around politics and the ANC electoral conference in December, who will decide on a new ANC president and overall, the next president of South Africa. In spite of a government debt downgrade, the bond yield on the 10-year government bond has shrunk from 9% to 8.5%.

Investors have spiked their risk appetite towards emerging market bonds. The net foreign buying of these bonds jumped to US$38bn in the rst ve months of this year from $250m in the same period last year. There is a strong possibility that Moodys and S&P will downgrade South Africa’s domestic and foreign ratings to junk status in mid- December which could have a gloomy effect on the local markets.

There is a chance that the further downgrades are averted, but the government will have to act quickly to reform and engage with labor and the private sector. If the downgrades come to pass certain mandates – that do not invest in junk status bonds – will withdraw funds from the South African market and it would remove SA bonds from the domestic investment grade- bond tracking index, Citibank’s World Government Bond Index, which is by far the largest of this form of an index.

There has been positive corporate bond performance and relatively stable interest rates led positive global bond returns in the rst half of 2017.

At the end of this last quarter credit premiums fell since corporate issuance remained strong and new issue concessions were modest as deals continued to be met with strong demand.

Credit valuations are less attractive than they have been in recent years, although balance sheets and cash ow prospects are generally robust, and the economic backdrop appears to be steady. Low-interest rates in major developed economies persisted, despite prospects for reductions in central bank asset purchase programs.