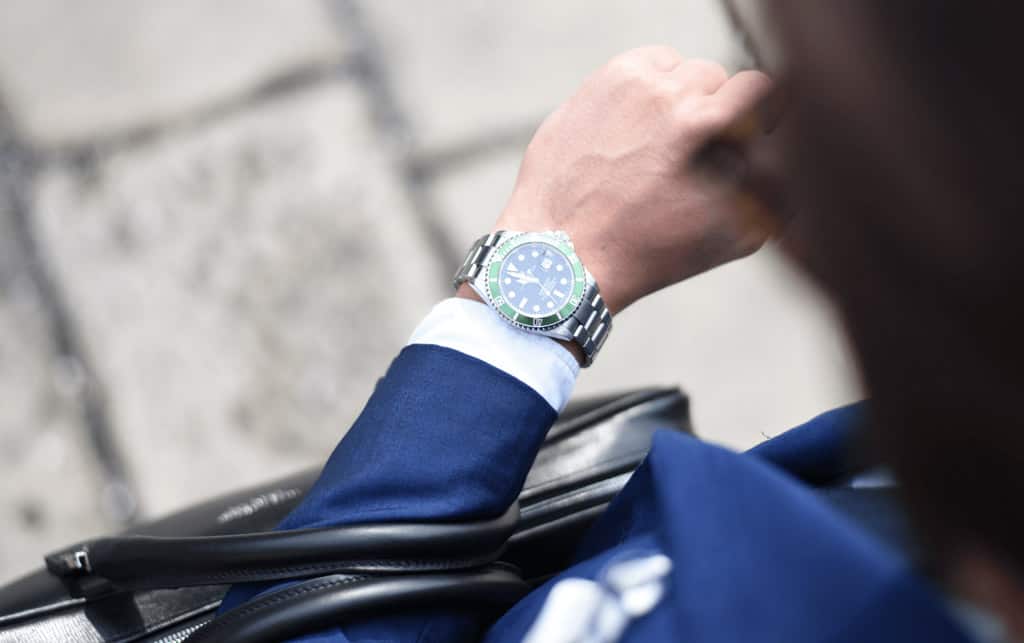 Is it the right time for an IPO in a tech business?

With all of the doom and gloom in the tech space lately, is it really the right time to launch an IPO in a tech business? Spotify believes it is. Before we look at Spotify, let’s briefly unpack what has happened in the tech sector to date. For the past few months, the general consensus has been that the tech industry was overvalued and a market correction was inevitable. That, however, is where the road forks for analysts. One group believe that the correction has only just started, while another feel that right now is a good entry point based on valuations. This especially relates to the FAANG stocks – FAANG, an acronym coined by The Street’s founder Jim Cramer, stands for Facebook, Amazon.com Inc., Apple, Netflix Inc. and Alphabet Inc. (Google).

Similar to the saying, “when America sneezes, the world catches a cold”, so it can be said for the FAANGs in relation to the tech sector. The Facebook hurricane hit the sector hard and severely lowered sentiment in the industry. The Facebook data leak that took place has threatened almost every business that uses a similar model in terms of the data that is collected by the service. It led to short sellers sinking their teeth into the other FAANG stocks even if they themselves had not (yet) been caught mishandling data. This scandal sent Facebook’s stock tumbling c11%. Twitter tumbled c22%. Netflix and Google stocks have lost c6% and Amazon and Apple Stock losing c5%. None of these businesses were caught in the current data scandal with Cambridge Analytics, yet their stock price has taken a knock. Why?

The FAANG’s are affected by different issues but they all have one thing in common; they collect and use data to target their customers better. Just think about the Cookie policies that pop up when you visit websites. For example, if you search, “how to mount a TV on a wall” on YouTube, you are more likely to see ads for TVs, or DIY products. Google go as far as collecting your location on your mobile phone and browser to better target you with ads for businesses that are within your area. The heads of Facebook, Google and Twitter have been invited to appear before the Senate Judiciary Committee on the 10th of April, for a hearing on “the future of data privacy”. Until this bout of questioning at the committee is over, many analysts are of the opinion that one should stay clear of these stocks.

The social media industry has experienced a long period with no real regulation and oversight. Due to the current breach of data privacy and trust, the EU implemented strict new laws on data privacy which takes effect on May 25th. As with any new regulation, industries take a knock. This however, doesn’t mean that this slump in tech stocks is here to stay.

Regulation in terms of POPI (Protection of Personal Information) in this space will only help to rebuild the trust that Facebook has lost for allbusinesses in this space.

The other issue affecting the tech sector is changes to business structures and/or production lines. Apple decided to stop purchasing processing chips from Intel and rather start producing them themselves. This led to Intel’s stock being down c6.4%. Amazon faces issues around the “preferential” pricing they are receiving from the USPS (United States Postal Services). If they lose their so-called “preferential” pricing, they face an increase in courier costs north of $2bn. This is no small sum and it would severely dent Amazon’s revenue. Now let’s look at Spotify. Spotify provides a digital music-streaming service that gives on-demand access to songs on computers, mobiles, tablets, and home entertainment systems. Furthermore, the service allows subscribers to search and discover music collections of friends, artists, and celebrities; users are able to build a personal collection playlist & share music on Spotify, Facebook, Twitter, & via email with friends. Artists are able to post tracks on social networks, share them with fans, as well as promote their career. Spotify is also in the process of reducing its reliance on record labels and rather approaching artists directly with a platform where they can reach their fans directly with advertising and other services.

Although Spotify is able to link to social media sites, it in itself has not been affected by the data leak scandal. Spotify closed 13% up on its reference price on the 1st day of trading. One would assume that people would be wary of companies that can link in with social media sites after the current data breach, yet, people are actually happy to pay for the service. There seems to be no concern about a data privacy breach even though Spotify uses the data they collect from your profile to target you with adverts if you are not willing to pay for the service. That being said, the data they are collecting relates to your music preferences rather than in-depth personal information.

There is a big difference between tech companies that launch IPOs today compared to during the Tech Bubble of 2000. Investors in tech in 2018 are not just buying public internet sites with unrealistic growth prospects as in 2000. Current companies looking to launch IPOs actually have value. Back then, the internet was a relatively new phenomenon and no one really understood its full potential.
Fast forward to the present and compare how the internet is used today. We now would have difficulty living without it because of its integration into our lives. If we look at the music industry, Apple Music was the disruptor and changed the industry as we knew it. Spotify then emerged and is currently the biggest player with 70 million paid subscribers as compared to Apple Music with 36 million.

The tech sector has many factors peculiar to it. However, the decision to launch an IPO comes down to the fundamentals of the business itself and the macro factors affecting the sector. A company with a good business model and positive prospects for growth should be successful. There is little doubt that currently there are many such companies in the tech space.

Market Update
U.S.
The economy is expected to continue running at a smooth pace this year with an amplified fiscal stimulus from tax cuts and increased government spending. Additionally, a tighter labour market will boost fixed investment and household spending growth. GDP expectations have risen to 2.7% for 2018. The IHS Markit Manufacturing PMI surpassed market expectations of 55.5 by increasing by 0.4 to 55.7 in March from the previous month. The overall picture looks promising with a strong acceleration in the growth of wages and employment increases. However, Trump’s trade restrictions on aluminium and steel imports could have offsetting consequences on growth forecasts.

U.K.
Due to uncertainties tied with Brexit, the economy is expected to lose some of its momentum due to both consumption growth and fixed investment slowing. The weakened pound should, however, ease the weakening with a loose monetary policy and exponential vigorous growth. GDP estimations remain the same at 1.5% for the year. February’s figures for the IHS Markit/CIPS UK Manufacturing PMI
remained in the positive space pertaining to the decrease from 55.3 in January to 55.2 in February. On the political front, unions and the government agreed to a 1.3 million healthcare service staff pay agreement. Additionally, a 21-month draft agreement was entered into between the UK and EU for the conversion period after Brexit.

Europe (Euro Zone)
Analysts have further increased their expectations for the economy’s growth to 2.4% for 2018 from February’s expectations. A strong Euro may counteract growth marginally. 23 March illustrated that US tariffs on EU would be exempt until 1 May 2018 with future discussions potentially wavering investor confidence. IHS Markit Manufacturing PMI for the Eurozone dropped to 56.6 for March, which
is significantly lower than market expectations of 58.1. This is mostly due to supply chain delays and the lowest output growth seen in the past year.

China
China’s growth is reaching maintainable growth levels while being under fire from potential US trade tariffs. Furthermore, tighter financial conditions could result in a slowdown of GDP growth. Caixin Manufacturing PMI in China has been at its highest since August 2017 reaching 51.6 in March, well above projections of 51.3. March saw the National People’s Congress President Xi remain in power with economic targets remaining the same while having further economic reforms implemented.

South Africa
The economy has directed itself to a confident future with Deutsch Bank’s forecast for SA GDP growth rising to 2.9%. Cyril Ramaphosa’s appointment as the head of the ANC and hence new President of the country has seen business, consumer and economical confidence all increase substantially. However this increase in confidence has resulted in the rand strengthening and this strength has led to an increase in imports which has exceeded exports causing the SA Trade Balance to decrease to its lowest level in history. The ABSA Manufacturing PMI for South Africa took a swing for the positive as it sits at 50.8 in February 2018, moving from its gloomy value of 49.9 in January. Furthermore, private consumption and fixed investment rose sharply from a quarter-on-quarter basis.

Trade discussions between the US and China
The current brewing Trade War between the US and China has seen the US adding 1 300 items to its list of Chinese imports, with China retaliating with its own list of 106 items. Given the US import more from China, China would run out of products to counter-tariff and could possibly look at going to the bond market where they could stop purchasing US Treasuries which would affect the GDP, plunging the US into a recession. At the time of writing, no policy has been passed. The mouthpiece of China’s ruling Communist Party, the People’s Day, stressed this Trade War could affect major US blue-chip brands, including Apple, Boeing, Intel, Qualcomm and Texas Instruments. “They would be among the biggest losers,” it reported. At the same time, China Eastern Airlines, TCL Multimedia (the country’s largest TV manufacturer), COSCO (one of the biggest shipping lines in the world) and Air China face dwindling sales and cargo volumes if the dispute escalates. 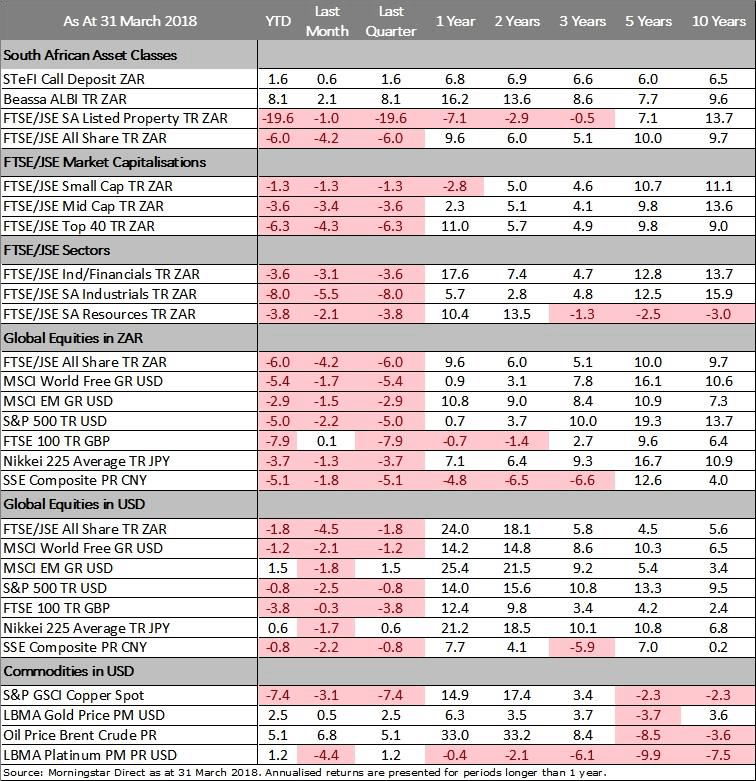