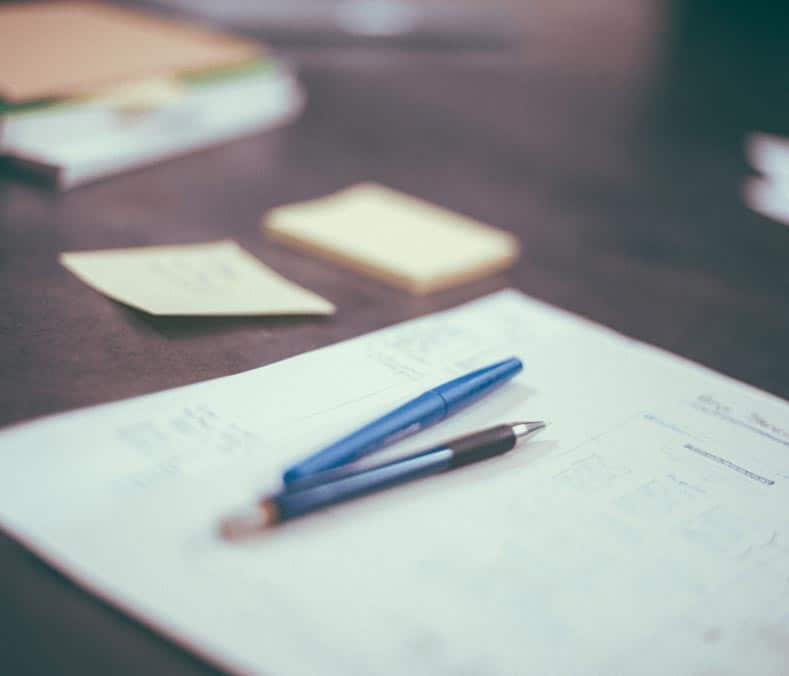 Equities continued to climb the wall of worry in November – a relatively consistent feature of markets in 2019, despite the multitude of geopolitical risks that investors have faced this year. The negotiations between the US and China on a ‘phase one’ trade deal are yet to arrive at a conclusion, but there has at least been an absence of any further escalation in tariffs. Tariffs are currently scheduled to increase on 15 December, unless a deal is reached or the deadline is pushed back. However, hopes of a deal appear to have buoyed sentiment. In the UK, the spotlight has shifted to the upcoming general election on 12 December. So politics is likely to remain front and centre of investors’ minds as the year draws to a close. Developed market equities outperformed emerging market equities, with the S&P 500 ending the month as the best performing major equity index. Bond yields moved marginally higher and so the global government and investment grade bond index (Global Agg.) lost 0.8% over the month.

The last few weeks of November saw U.S. growth stocks follow a stable upward path of appreciation that also helped drive down U.S. market volatility to near-term lows . So far, the drop in realized volatility has not been met with a corresponding drop in implied volatility (or expected volatility that is priced into S&P index options), suggesting that the options market is less complacent versus equity investors and is expecting a pickup in volatility over the next few months.

In the US, there have been tentative signs of improvement in business sentiment. The November US purchasing managers’ index (PMI) pointed to a pickup in activity across both manufacturing and services. In particular, an increase in the employment components of both surveys offered some encouragement that companies might not cut jobs despite the pressure on profits. Earnings season came to a close, with S&P 500 companies reporting broadly flat earnings relative to the third quarter of last year. Overall, around 80% of companies beat earnings estimates for the quarter – albeit estimates that had been lowered throughout the year.

The latest estimate of third-quarter US GDP rose, so the pace of growth actually picked up slightly, despite expectations for a continued slowdown. The resiliency in growth might be attributed to easing from the Federal Reserve (Fed). Housing data has improved markedly, with new housing permits reaching their highest level since 2007, while mortgage delinquency rates reached their lowest level since 1995. Despite the Fed’s interest rate cuts, consumer confidence was weaker than expected. In comments to Congress, Fed chair Jerome Powell said that “the current stance of monetary policy is likely to remain appropriate”. Consequently, the market now expects only one more interest rate cut from the Fed in 2020. Both two-year and 10-year government bond yields moved marginally higher over the month and so US Treasuries lost 0.3% in November.

In the UK, the BoE left policy rates unchanged at its November meeting, though there were two dissenters calling for higher interest rates, largely due to the strength of the labour market in the UK. However, data in November suggested there are some signs of weakness, with 3Q GDP growth and wage growth coming in below consensus expectations. The challenge for the BoE is that they cannot yet be sure of the outcome of Brexit, although the election may provide greater clarity.

The UK political parties have been campaigning throughout November. The main three parties all want to deliver fiscal stimulus, with public finances having improved and borrowing costs at low levels. On Brexit, the Conservative party are trying to capture the leave vote, while the Liberal Democrats are firmly campaigning to remain in the EU. The Labour Party are looking to negotiate their own softer deal to leave the EU and put that back to the public in a referendum, with remain as the other option on the ballot. Sterling strengthened versus the euro by over 1% and stayed broadly flat versus the dollar.

Activity in Europe was mostly better than in previous months, with the perceived easing in trade tensions perhaps playing a role. The latest eurozone consumer confidence reading improved, while the November flash PMI business surveys rebounded. In particular, there was better news across the manufacturing sector, as all of the major components of the eurozone manufacturing PMI rose compared to the previous month’s level. The improvement in the German manufacturing PMI from a low level is encouraging, while the third-quarter GDP reading confirmed that Germany narrowly avoided a technical recession. Although some rebound in manufacturing surveys appears to be underway, overall business sentiment is still somewhat mixed. The service sector is still moderating, evidenced by the slowdown in the eurozone services survey and its employment component. Overall, though, markets focused on the improvement in the manufacturing data and Europe ex-UK equities gained a healthy 2.5% over the month.

The European Central Bank (ECB) welcomed its new president, Christine Lagarde. Lagarde will have to wait till 12 December for her first policy meeting, but has already made a few official speeches. So far, she has avoided any firm statements on monetary policy, and instead has centred her comments on big-picture challenges to the global economy and what governments can do to boost the effectiveness of monetary policy. Bond yields broadly rose slightly across Europe, leading the euro government bond index to fall 0.9%.

Broadly speaking, November proved to be a challenging month for most local risk assets, most of which struggled to deliver positive returns like their developed market counterparts. There were numerous factors at play but the most obvious was the strengthening of the rand against most hard currencies and weaker precious metal prices, especially gold and platinum which both lost approximately 3% in US$.

On the other hand, some of the interest rate sensitives bucked the trend and outperformed the local bourse, specifically some of the property counters like Redefine and Growthpoint who were up 15% and 3% respectively. This comes as somewhat of a surprise considering that the most recent retail sales print came in significantly worse than expected, and the trading environment highlighted in many of the retailer’s results remains lethargic. Furthermore, Q3 consumer confidence numbers were released and showed little signs of an improvement in sentiment. Most retailers came under severe pressure during the month, with the likes of Shoprite, Woolies and Foschini falling 5%, 9% and 11% respectively. Pepkor on the other hand surprised the market with a commendable set of results in a very difficult trading environment, ending the month 6.8% higher. With Black Friday just around the corner, many of these companies will hope to make amends for a difficult 2019, but they’ll be aggressively tussling for market share, all the while consumers remain uncertain and financial constrained.

Investors and ratings agencies alike have taken stock of the recent Medium-Term Budget Policy Statement (MTBPS) that we outlined last month and there is certainly an overwhelming sense of despair. Moody’s for example, the only major ratings agency yet to downgrade SA’s sovereign debt rating to “junk”, took the opportunity to revise their outlook from stable to negative. Moody’s specifically sighted the unsustainable nature of SA’s government debt which Treasury anticipates will rise from 60% in FY19 to 81% in FY28. This is an alarming metric, especially considering the lackluster growth SA is currently experiencing. To make matters worse, these figures don’t even include the government guaranteed debt that currently forms part of Eskom’s balance sheet or the additional funding Eskom will likely require to keep it afloat.

While government have mustered together some urgency, the questions on everyone’s mind is a) do they have enough political will to implement Pravin’s proposed restructuring plan, and b) is Andre de Ruyter the right man to implement these reforms? Parliament recently approved a special appropriation bill for Eskom to receive an additional R59bn over the next two years, so the power utility should keep the lights on for now, but one can’t help but wonder how long government can keep kicking this rusty can down the road.

In other news, the MPC committee kept the repo rate unchanged at 6.5% but emphasized the weak growth outlook. With inflation anchored well in the middle of the target band (3.7% YoY in October), one can certainly make a case for further rate cuts in the new year. The MPC’s decision hinges on a host of factors that will most likely see them keep rates unchanged until Q2 of 2020. The most pressing considerations that have the potential to derail this thesis are 1) the stability of the currency, 2) Moody’s ratings decision, and 3) the relative real yields on offer for foreign investors.

Local bonds ended the month 0.2% higher, gaining some ground after the post MTBPS sell-off.  Generally speaking, SA bonds remain attractive, in absolute terms and on a relative basis but they haven’t been the obvious asset class to be invested in over the last 3 years. With the risks of policy normalization in developed markets, together with SA’s deteriorating fiscus, and an impending downgrade from Moody’s’, the potential for subdued returns were certainly on the cards. Now that policy normalization has taken a back seat, SA government bonds present a lucrative opportunity. Not only do SA CDS’s appear to reflect a “market downgrade” already, but the real yields on offer more than adequately compensate investors for the risk, both in rand terms, or hedged in US$ terms.

The portfolios had strong month with risk names in the equity box capturing a large portion of the upside. Standout performer was the Investment Trust Scottish Mortgage, up over 5%, while Lindsell train struggled due to the continued rotation out of defensive quality names, keeping a lid on its performance, only up 0.77%. Safe haven bets in gold and bonds gave up some of the strong gains this year with the risk on environment for November but were already adding value early in December as markets backed up on fear the trade deal between the US and China won’t be finalised on the 15th December . These positions will continue to provide protection as bouts of volatility return, while the base case is for risk assets like equities to grind higher given the very accommodative monetary conditions globally and lack of yield options available. There is likely to be some rotation between equity styles like the recent growth to value move but as in 2012 and 2016 this is not expected to extend much past the 3 to 6-month mark.