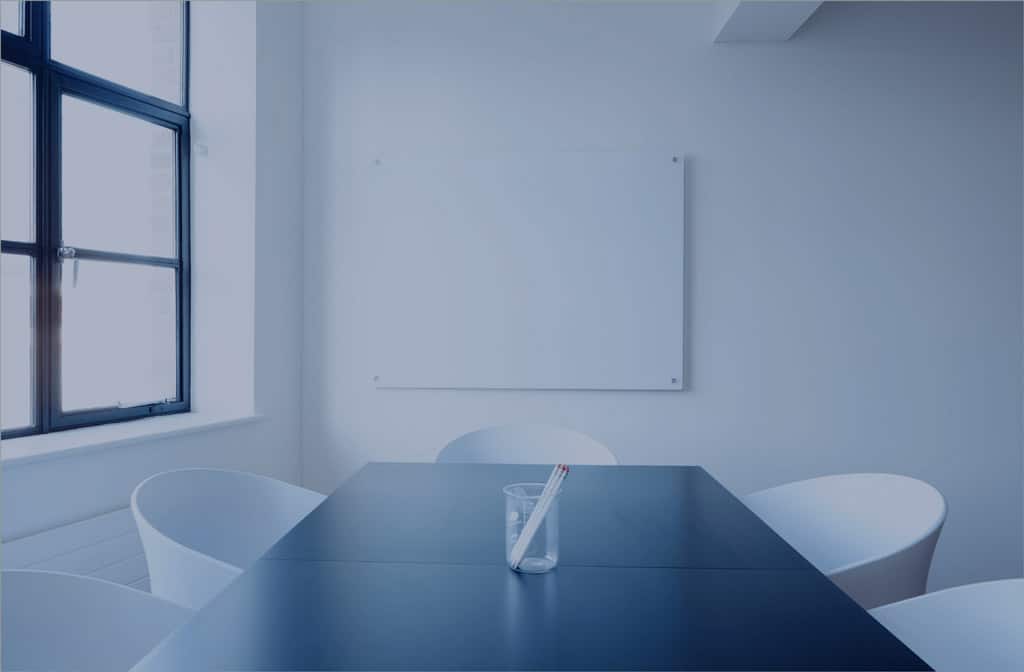 Global indices started the year on a very strong footing, with almost all major equity indices delivering positive gains in the first three weeks of the year. Expectations of solid corporate earnings, together with subdued inflation and loose monetary policy kept investor sentiment upbeat. Furthermore, the finality of the highly anticipated phase one trade-deal between the US and China pushed the CSI 300 back to pre-trade war levels and placed EM equities back in the spotlight. An improvement in economic activity in China in December and an uptick in business confidence in Europe was well-received, highlighting the potential for synchronised global growth prospects for 2020.

Geopolitical risk in the Middle East took centre stage following a drone strike by US forces that killed Iran’s General Qassem Soleimani. A prompt retaliatory attack was co-ordinated against the US in Iraq and left scores injured, but tensions have since eased.

The theme of high beta markets outperforming the US was rather short-lived following the outbreak of the Coronavirus which has sparked panic globally. The exponential growth of the virus that has now seen 20 686 cases with 427 fatalities has led the WHO to declare a state of global emergency. The drastic measures imposed by Chinese authorities and other countries to contain the virus sparked a major global sell-off, with emerging markets experiencing the worst of it. In US$ terms, the Morningstar equity indices for Brazil, China and Russia fell 7.1%, 5.1% and 3.2% respectively for the month. Safe-haven assets such as US treasuries rallied with the yield on the US 10 Year falling to 1.59% while gold gained a further 4.4%. The S&P 500 and the Dow fell 0.1% and 0.9% respectively and the US$ strengthened against most major currencies.

Despite the progress made by the Democrats in their attempt to impeach the Trump, his approval ratings to continue to rise and at this juncture it appears that he’ll be in the running for a second term as many have anticipated. Fears of a stalling US economy have prompted a more cautious stance in recent months but the strength of the consumer has shown no real sign of weakness yet.

The bifurcation in US economic data is at the heart of the argument of whether a recession is on the horizon. On the one hand, the unemployment rate keeps pushing historic lows and consumers remain upbeat thanks to their purchasing power. On the other hand, investors have had to weigh this against the fact that there has been significant weakness from business sentiment readings and the manufacturing sector, likely as a result of uncertainty introduced by the ongoing trade war. Of some concern is also the fact that there doesn’t appear to be any meaningful acceleration in nominal wage growth as many had predicted there would be.

While the Fed’s minutes of late haven’t been explicitly dovish, the asset purchase program in the repo market has resulted in an accommodative monetary stance that has buoyed markets once again. Still, broadly speaking the US market is expensive and compared to other developed markets is more vulnerable to a deterioration in fundamentals and investor sentiment. How long the market can sustain these elevated levels hinges on the results they deliver in the current earnings season.

Notwithstanding the sell-off in global markets (in which the FTSE 100 fell 3.4%), the UK received a host of good news in January. After almost 3 years since Article 50 was formally triggered, the UK finally left the European Union on the 31 January. There will be a transition period until the end of 2020, while the UK and EU negotiate additional rules around trade, travel and business and arrangements. For now, business will continue as usual.

On the economic front, the IHS Markit/CIPS UK Services PMI was revised higher to 53.9 in January 2020 compared to 50.0 in December. The latest reading pointed to the strongest pace of expansion in the service sector since September 2018, with new business growth accelerating to the strongest since June 2018 amid reduced uncertainty following the general election. Job creation also reached its highest level since July 2019 driven by an expected rise in workloads and improving signs of the consumers’ willingness to spend.

The BOE’s MPC expectedly voted 7-2 in favour of keeping the repo rate unchanged at 0.75% despite the slight drop in inflation to 1.3% in December (which remains well below the target rate of 2%). There was also no explicit commitment from the MPC to change its purchase target of corporate (non-financial) and UK government bonds that together amounts to £445 billion.

The Eurozone economy expanded 1% YoY in the fourth quarter of 2019, easing from a 1.2% growth in the last quarter and missing analyst expectations of 1.1%, a preliminary estimate showed. This was the weakest pace of expansion since the fourth quarter of 2013. While leading indicators point to a potential turnaround in economic activity, recent concerns of a slowdown in global trade (thanks to the outbreak of the Coronavirus) will likely weigh on this optimism.

On a more positive note, Eurozone unemployment fell to 7.4% in December from 7.5% the month before. The jobless rate is now at its lowest rate since May 2008 and only 0.1% point above its lowest reading ever. Unemployment has been falling consistently over the last few years, especially in those countries that were worst hit by the European debt crisis in 2013. Youth unemployment, however, remains a problem, particularly for countries on the periphery like Greece (33%), Spain (32%) and Italy (27%).

The IHS Markit Manufacturing PMI for the Euro Area was revised higher to 47.9 in January from December’s 46.3. While it’s clear that the economy remains soft (and far from a cyclical upswing), the recent manufacturing data suggests that the weakness is decelerating.

Inflation in the region increased to 1.3% YoY from 1.0% in November. However, this is still well below 1.5% where it was a year ago and will be a key focus for the ECB who recently announced their plans to review the monetary policy tools at their disposal in the coming year. According to President Lagarde, “No stone will be left unturned. The inflation target and the instruments used to achieve it, along with their potential side-effects, will be scrutinized. Even policies to tackle climate change will be up for debate.”

The flight to safe-haven assets put the euro on the back foot in January, weakening to 0.90 against the US$. European equities were significantly weaker, with the Eurostoxx 50, the DAX, and the CAC40 falling 2.8%, 2.0% and 2.9% in January respectively.

After a strong 2019, local risk assets took a back seat thanks to the widespread concern of the seriousness of the Coronavirus. Emerging markets were generally out of favour, and industrial commodities slumped on fears of a broad-based economic slowdown. The losses of some of the more cyclical SA facing companies were offset by the relative outperformance of their Rand hedge counterparts who were buoyed by a stronger US$. From a sectoral perspective, the financial sector was one of the worst-hit, falling 5.3% while Naspers steered the technology sector 7% higher. All in all, the FTSE/JSE ALL Share Index fell by 1.7% while the SA Listed Property Index lost 3.1%. Fixed interest assets, on the other hand, performed reasonably well as the bond market welcomed the news of a 25bps rate cut by the Reserve Bank. The ALBI delivered 1.2% for the month and although SA bonds still offer some of the highest real yields globally, investors remain cautious.

Going into the first MPC meeting of 2020, only 3 of the 24 economists that were surveyed expected the MPC committee to cut rates. Having had multiple opportunities in 2019 where they chose to keep rates on hold, it seemed highly unlikely that the Reserve Bank would cut rates with a downgrade almost certainly around the corner. The MPC has been successful in anchoring inflation expectations down to 4.5% from 6.0% in 2017 and real yields in the local fixed interest space have risen on the back

of that. In the last few months, the rand has also been rather stable and would have certainly provided comport to the MPC committee in their forecasting.

The strength of the rand observed early in the year against developed market currencies was rather short-lived following risk-off sentiment in the latter half of the month. By month-end, the rand weakened 7.5% against the US dollar, 6.9% against the Euro, and 6.1% against the Pound sterling.

Eskom’s woes remain front of mind, and the impact on South African business and consumer confidence is palpable. Management have embarked on a scheduled load shedding program to catch up on much-needed maintenance. While this is a necessary measure, the current impact on economic growth is likely to push the country into a recession in the short term.

The Budget Speech will be closely monitored next month, and any sign of fiscal reform would certainly be celebrated. However, the trajectory of the deteriorating fiscus that was penciled in at the mini-budget doesn’t provide much comfort. A material improvement in the budget deficit will hinge heavily on growth, something Government doesn’t seem to be that serious about. All that investors can hope for at this stage is a commitment by Treasury to further curb the primary deficit excluding any support provided to SOE’s.

Despite the challenges faced by most major indices, the portfolios had another strong month with the defensive components of the equity box and the gold exposure capturing a large portion of the upside. On the one hand, the expectation that the loose monetary policy will continue for longer placed Consumer Staples and Global Real Estate back in favour, while Gold was bid up for it’s safe-haven properties amidst the outbreak of the Coronavirus. The technology sector also fared very well with many of the companies in that sector that have reported thus far delivering favourable earnings. The appreciation of the US$ relative to the pound (1.32 at month end) provided a tailwind for the portfolios in a rather gloomy month. Despite the general risk-off sentiment, the equity managers such Fundsmith, and property manager Catalyst achieved commendable returns of 3.5% and 2.6% in sterling respectively.