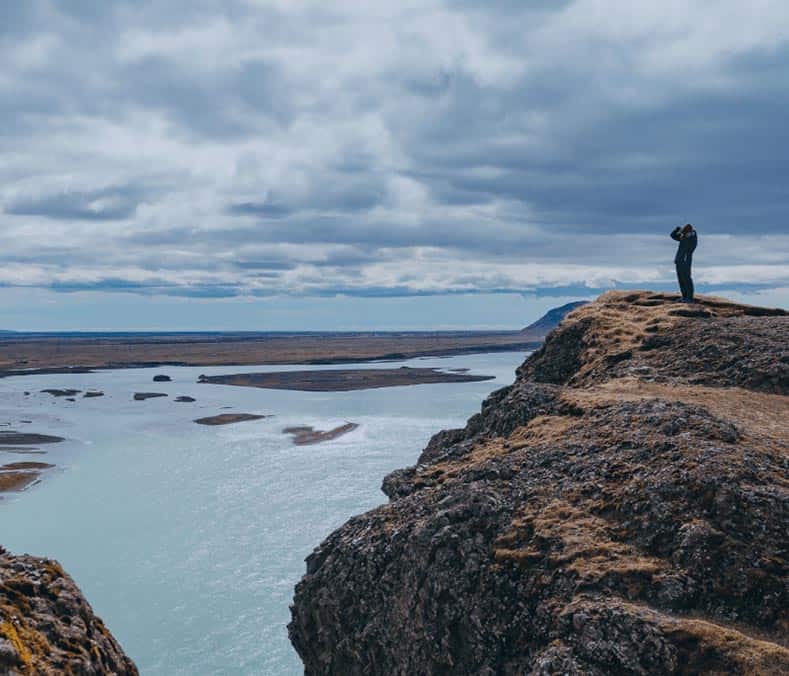 Global Equity markets inverted near the start of the month, posting a loss of -2.66% for the month of May, bringing an end to the month-on-month increases since January 2019. This resulted in the YTD return on the MSCI ACWI index paring to +10.48%. The poor performance can mostly be attributed to rising tensions between the US and China, with even more tariffs being announced by both governments, putting a strain on international trade and leading general market sentiment lower.

Global fixed income was the standout asset class performer in May. The combined effect of investors fleeing from equities to the traditionally low-risk asset class and the US Federal Reserve Bank indicating a slowing economy and possible rate cut later this year boasted demand for and returns of +5.36% for the Index in May turning around the YTD number from negative to positive.

Global listed property delivered counter cyclical volatility in line with global fixed income assets ending the month up +3.61%, recovering losses of the previous month to bring the YTD performance back to an astonishing +14.89%.

Global geo political tensions have significantly deteriorated, The US – China trade war rages on stronger than ever, following another round of sanctions imposed by the US, the US government has proceeded to ‘Blacklist’ Huawei, a Chinese electronics firm, which happens to be the second largest producer of smartphones on the planet is this correct? The action against Huawei pushed China to suspend the services of several major US technology firms in China. Trump also announced a proposed set of tariffs on Mexico, adding more strain to already negative sentiment emerging market economies. GBP lost 2,9% against the US$ bringing back flat YTD. We expect the GBP to remain volatile.

The global equity markets came off in May cooling the bounce back from January to April. With a shifting monetary stance in the US, global fixed income rallied strongly. The fund is positioned with a higher weight to equity and ended the month down -0.60%, however YTD it is up +10.33% and remains ahead of the benchmark over all appropriate measured periods. The biggest performance detractor was the exposure to listed investment trusts, while on the plus side both Lindsell Train and Fundsmith equity strategies performed positively in absolute terms in a very negative equity environment. The Stable and High Growth Portfolios performed in line with their risk profiles relative to the Global Balanced Fund and continue to deliver the medium- and long-term returns for investors.

South Africa has a new government led for the next five years by the well-liked and well-respected Cyril Ramaphosa. His party (ANC) garnered 58% of the national vote while the official opposition lost several percent mainly to the FF+ and the EFF consolidated its third position and probable thorn in the side of the much-needed South African economic recovery. Post the election results we had to wait for several ANC members to clear themselves by a seemingly toothless ANC Integrity Committee. The result is a better Cabinet than the last one with fewer Ramaphosa detractors. This bounds well in the long term, but this government will be judged on is promised delivery on jobs, the thorny land issue and quickly bringing to book the real senior actors in the rape and pillage (read corruption) of SA Inc and the SOE’s.

South African Equity markets were weighed down by emerging market underperformance during the month. Many emerging markets were put under strain by announced proposed US tariffs on Mexican goods and services, sending ripples across all developing economies. The JSE all share index fell -4.84%, significantly reducing YTD return to +7.09%.

South African bonds had a steady month, with inflation under control and the SARB decision to keep interest rates stable which was widely expected by the market. SA bond indices ended the month +0.64%, bringing the YTD return for the asset class to +5.26. Future interest stimulus may be on the cards in the near future.

The annual inflation rate in South Africa edged down to 4.4% in April 2019, below the mid-point of the central bank’s target range of 3-6%, from 4.5% in the previous month. The reading came in slightly ahead of market expectations of 4.5%, as slowing prices of housing & utilities and food offset an additional rise in fuels cost.

The Rand traded down 1.65% during May, but post month the end with terribly negative first quarter GDP numbers put out, the currency lost a further 2% in the first 10 days of June. These numbers effectively mean very tough times ahead with lower tax revenues than expected and collapsing, hungry SOE’s to feed, the outlook for local growth is slim. Possible interest rate stimulus may be on the cards sooner rather than later. 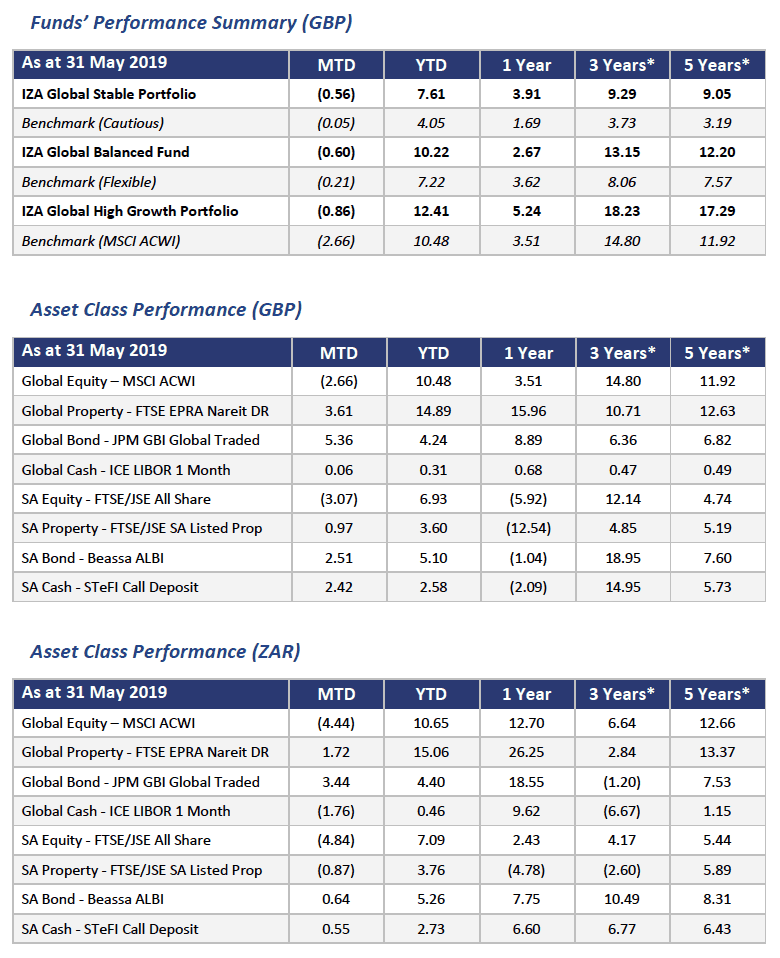